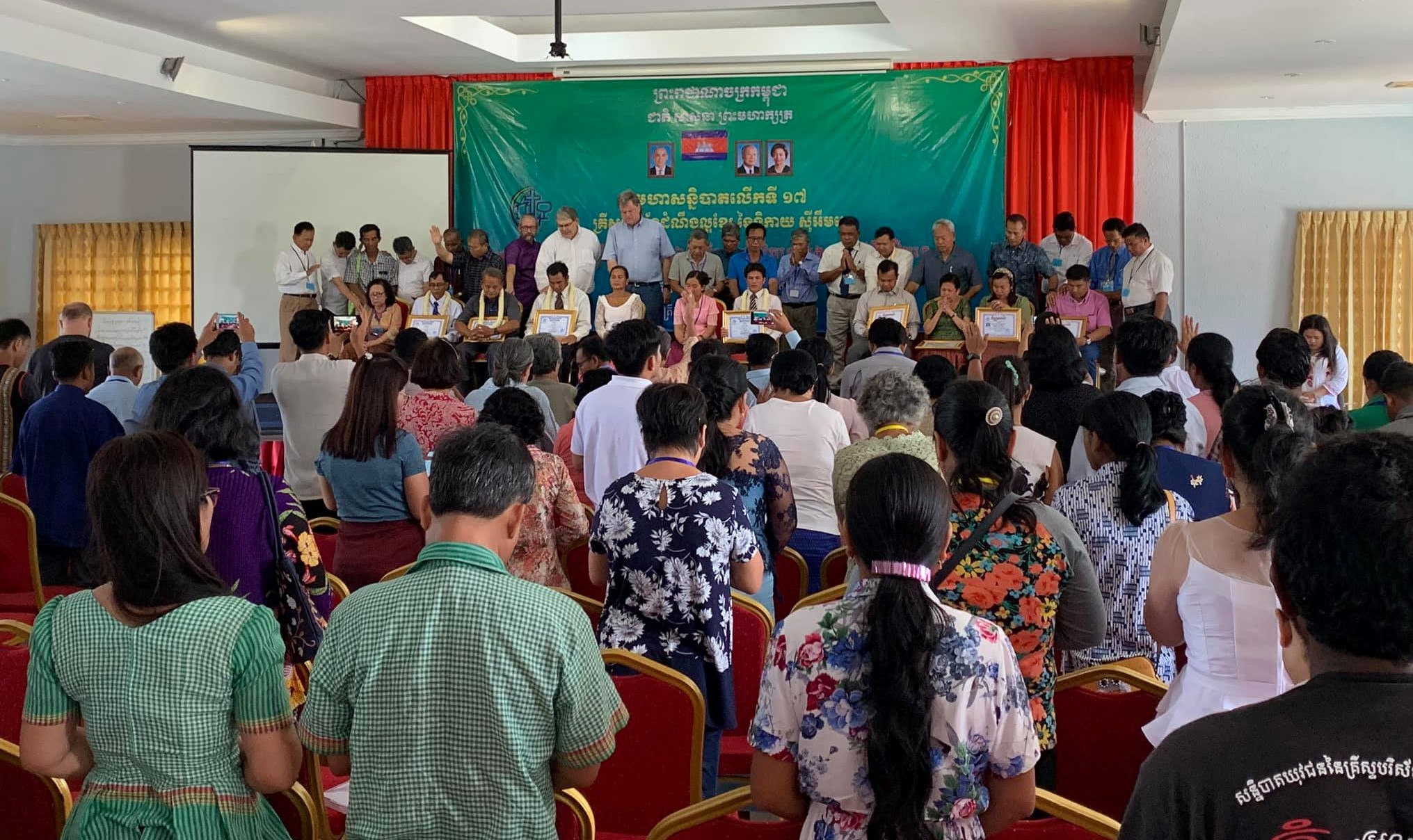 All the International Workers from the US and Canada also had the honour of being introduced during the conference. It was a bit intimidating
as took turns introducing ourselves in Khmer. The crowd seemed engaged and they laughed at our jokes so that was uplifting for us.

Last week we attended the National Assembly of the Khmer Evangelical Church of the C&MA which takes place every 2 years. It was amazing to see church leaders from across the country gathered in one place to worship our Lord and elect a new leadership team. We also witnessed 4 newly ordained pastors being prayed over as they received their ordination certificates. This has been an encouraging week.

In the picture below, we are sitting with the current and former District Superintendent for the NW region in which Siem Reap is located. The men are father and son and we look forward to working with them more closely when we move to the region.