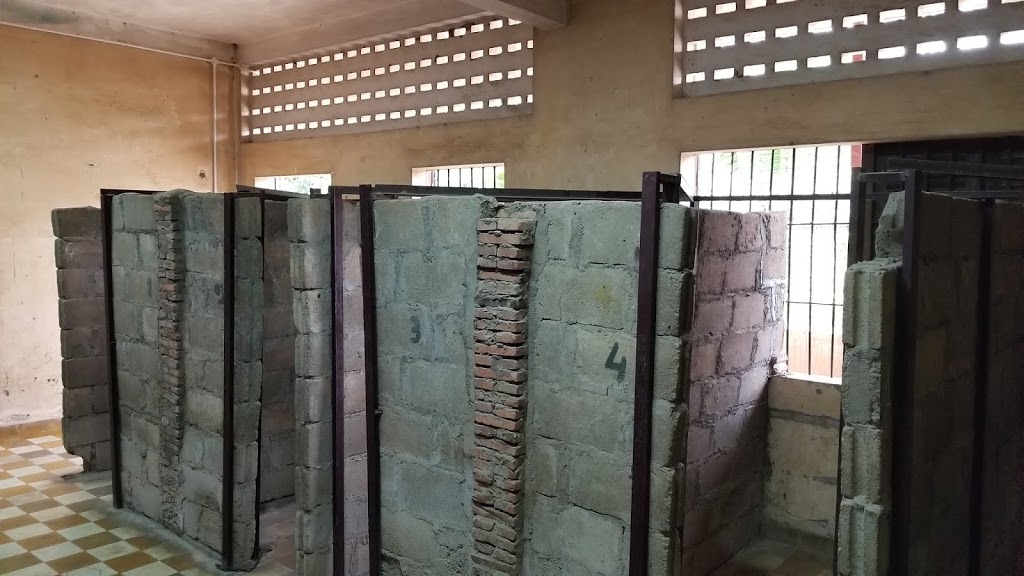 On September 28, 2018February 5, 2019
by lovethelims
in Lim Posts
Leave a Comment on History of Horror

This past month we visited two very sad places in Phnom Penh: Tuol Sleng Prison, which is now a Genocide Museum and Choeung Ek, one of the killing fields. In 1975, the Khmer Rouge led by Pol Pot, instituted a communist movement to eradicate modern culture that included forced labour camps, indoctrination of children, mass executions and other horrific crimes. This resulted in the death of about 25% of the population. Imagine 1 out of every 4 people you knew was murdered. Today, you can still see bones, teeth and clothing surfacing all over the killing fields as water washes away soil. The past has also left the population with a lack of professionals, low literacy rate, high poverty and high exploitation. We’ve watched movies like “The Killing Fields” and “First they Killed My Father”, but to see the actual places where some of these horrors took place was deeply disturbing and led us to reflect on many things.
We realize that Cambodians have suffered greatly yet they are strong and resilient. Our Khmer tutor is a survivor of the Khmer Rouge regime and she gives thanks to God that she became a Christian before this occurred. She was a city girl forced to move to a rural province and farm in fields with old tools and very little food. Her testimony of faith through the hardships and loss of loved ones during that dark time is amazing. We hope the stories of the Cambodian elders are kept close to the hearts of the future generations because they play a vital role in the rebuilding of a country that is filled with so much beauty. Our prayer is for all people to have hope, know they are loved by God and to learn to love each other more and more. We look forward to hearing more stories as we meet other locals.

Formerly classrooms, this room has been divided in multiple
cells for prisons waiting for torture and execution.
Previous article
One Month In Cambodia
Next article
A Peak Into Our Future Home